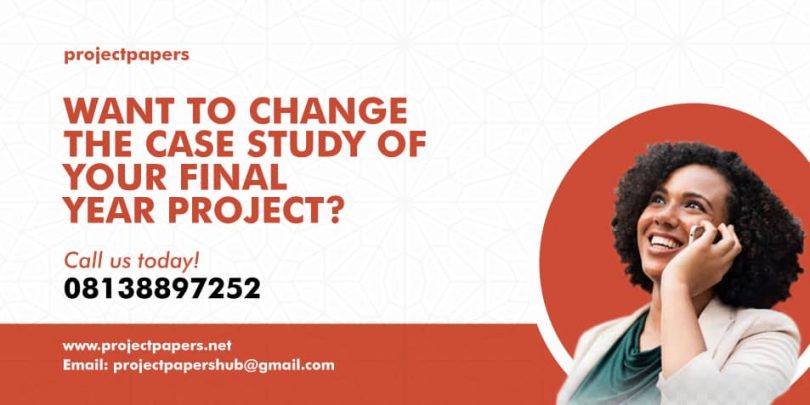 2.1 Solar Energy and Its Application

Solar energy is the energy transmitted from the sun in the form of electromagnetic radiation, which requires no medium for its transmission. The earth receives about one – half of one billionth of the total solar output. Among all the nonconventional energies, solar energy is the best option if it can be used in a cost effective manner because the technology is also environmentally friendly. As the solar energy intercepted by the earth in one year is ten times greater than the total fossil resources including undiscovered and unexplored non-recoverable reserves (Meduguet al., 2013). It is expected that the present worldwide research and development program on solar energy will help to solve the future energy crisis of the world (Meduguet al., 2013). Solar radiation otherwise known as insolation is the amount of energy from the sun reaching a specific location on the surface of the earth at a specified time. Due to the interference of the atmosphere, solar energy hits a horizontal plane on earth in direct and diffuse forms. The direct form is the parallel rays from the direction of the sun while the diffuse forms is radiation scattered in many directions by matter and gases in the atmosphere. The diffuse radiation are caused by the reflection and scattering by the atmosphere (Ogbuisi, 2010).

The Application of Solar Energy is as follows:

The distribution of solar radiation as a function of the wavelength is called the solar spectrum, which consists of a continuous emission with some superimposed line structures. The Sun‟s total radiation output is approximately equivalent to that of a blackbody at 5776K. The solar radiation in the visible and infrared spectrum fits closely with the blackbody emission at this temperature. However, the ultraviolet (UV) region (<0.4 micrometer) of solar radiation deviates greatly from the visible and infrared regions in terms of the equivalent blackbody temperature of the sun. In the interval 0.1–0.4 micrometer, the equivalent blackbody temperature of the sun is generally less than 5776K with a minimum of about 4500K about 0.16 micrometer (Goody and Hu, 2003). The deviations seen in the solar spectrum are result in emission from the non isothermal solar atmosphere (Goody and Hu, 2003).

2.3 Solar Cookers and Their Types

Solar cookers are devices that cook food using only solar radiation and can save conventional fuels to a significant amount. It is the simplest, safest, most convenient way to cook food without consuming fuels or heating up the kitchen (Mohammed, 2015). Several factors including access to materials, availability of traditional cooking fuels, climate, food preferences, and technical capabilities affect people‟s perception of solar cooking (Ismail and Isah, 2013).

There are three types of solar cookers:

Figure 2.1 is the pictorial view of a panel solar cooker. The panel cooker is the least expensive type of solar cooker. It is designed to reflect sunlight over the entire surface of a lightweight. Cooking pot is said to be coated with black colour on the outside with non-toxic paint. They are unstable in high winds and do not retain as much heat when the sun is hidden behind the clouds (SCP, 2015). 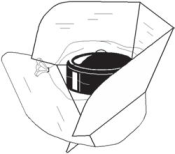 Figure 2.2 is the pictorial view of a box solar cooker. Solar box cookers (sometimes called solar ovens) are the most common and inexpensive type of solar cookers. This type of solar cooker consists of an insulated box made of cardboard, wood, metal or plastic.It is painted black on the inside and has a large glass or Plexiglas window on top to let in sunlight. Just like panel cookers, box cookers can be left unattended in the sun for hours to cookfood and pasteurize water. There is no danger of burning the food. Box solar cookers only need a slight adjustment to track the sun every few hours. Some solar box cookers have aluminium reflectors on the outside to direct even more sunlight into the box (SCP, 2015). 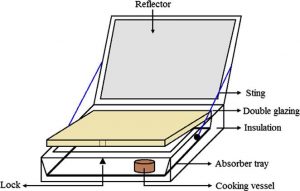 Sunlight to heat conversion occurs when photons (particles of light) moves around in a substances. The rays emitted by the sun have a lot of energy in them when they strike matter. Whether solid or liquid, all of this energy causes the molecules in that matter to vibrate. They get excited and start jumping around. The activity generates heat (SCP, 2015).

The biggest advantage of solar cookers is eco-friendliness. By using one, dependency on gas or electricity can be gone. Better air quality indoors can be maintained, reduce carbon monoxide emission, enjoy cooler temperatures indoors and conserve more fuel by reducing the need for air conditioning. Solar cookers are free, once you have the cooker itself. To operate one, all to be needed is sunlight; significant amount of money can be save over a long term. As a result, solar cookers are being used increasingly in different parts of the world, especially in poorer communities with limited access to fuel and power since it is very simple to build one from scratch.

Cooking with solar cookers obviously requires sunlight, which makes it difficult to use during winter months and on rainy days. Cooking also takes significantly longer time compared with conventional method. Users must schedule their cooking time and maximize the use of sunlight. As a result, preparation must start early in the morning so that food can be placed in the cooker by noon. Solar cookers are not as efficient at retaining heat as conventional cooking devices. Factors such as wind, rain and snow can seriously hinder operation, and in such weather conditions, even after the food is cooked, it will lose its warmth very quickly.

2.4 Review of past works

A number of researches have over the years been carried out on solar cooking system.

The performance, modelling and parametric analysis of a solar oven was carried out by Abdulwahidet al., (2015). Experiments were conducted on the solar oven with and without reflectors and with a unique five sided double glazed painted with black. It was found that there was increased in radiation for a single glazed solar oven compared with the solar oven without glazing. Also for single glazed, thus absorbs more heat and losses more heat as well which resulted in low temperature than for double glazed due to the surrounding effects. It was found that the estimated average efficiency of the solar box cooker was found to be about 47.56%.

The design, construction and performance evaluation of solar cookers was carried out by Elamin and Abdalla (2015). Saw dust was used as an insulator with a thickness of 5cm and placed at the bottom between collector and the thickness container. The result shows that the absorber plate temperature increased towards noon period then decreased towards evening. It shows that the maximum absorber plate temperature was found to be 1270C.

The flat plate collector solar cooker was carried out by Ogunwole (2006). The black plate for heat absorption was fixed to the bottom of the inner layer of the casing. The dimension was 535mm by 535mm. Surface area of the board was 865mm by 865mm. the angle of inclination to the horizontal was found to be 72°.

The performance test and thermal efficiency evaluation of a constructed solar cooker at a guinea savannah station (Ilorin, Nigeria) was carried out by Bello et al. (2010). The trapezoidal shaped inner box of dimension 30cm by 30cm by 20cm bounded by an outer box measuring 80cm by 60cm by 30cm was designed. During the test, the maximum temperature was found to be 88°C.

The model solar box cooker designed for rural household energy needs was carried out by Fumenet al. (2014). A solar box with a wooden frame consisting of an insulated box, transparent glass covers, a reflective glass, an absorber plate and aluminium pots was constructed. It was concluded that the average heating temperature of the solar cooker was 77°C and the heat absorption rate of the heating water was 280kJ at each time interval. Also the maximum temperature of heated water was found to be 82°C.

The performance evaluation of a box-type solar oven with reflector was carried out by Yusuf et al. (2014). The solar oven was constructed with locally available materials. Plywood for casing, a 2 by 3 reflective mirror, metal, hinges, screw, black paint, 2 by 3 reflective plane glass and insulator form were used. During the stagnation test, it was observed that the plate temperature at the bottom of the solar oven was found to be 110.2°C. The energetic and exegetics evaluation box-type solar cookers using different insulation materials were carried out by Ademola and Joseph (2015). Five flat plate collectors type box cookers were designed and fabricated. The main distinguishing factors in the five cookers were the insulating materials used. The cookers were labelled 1-5 according to the insulation materials which were: maize cob, air (control), maize husk, coconut coir and polyurethane foam. 1.5 litres of water was loaded into the pots of each cooker. Energy andexergy analysis were carried out for the five box solar cookers with different insulating materials. The result shows that; the solar cooker with air as an insulator performed poorly when compared to others.