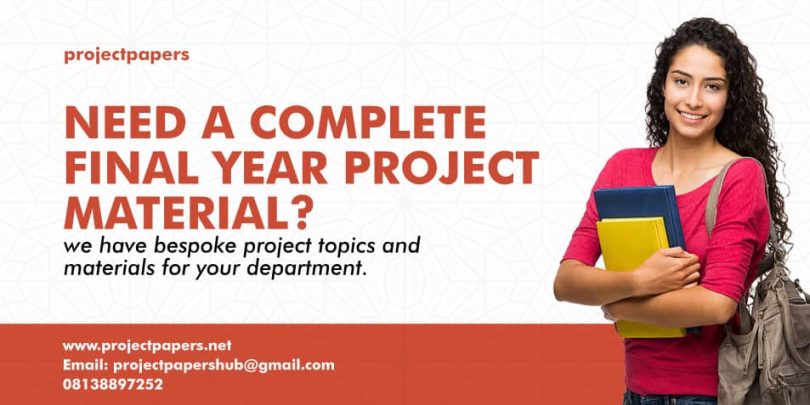 Impact of Government Expenditure on Economic Growth in Nigeria

Introduction Of Impact of Government Expenditure on Economic Growth in Nigeria

In the last decade Nigeria economy has metamorphosed from the level of billion Naira to trillion Naira on the expenditure side of the budget. The effects of this expenditure are largely unnoticeable on the citizenry (Muritola 2011). Empirically, while a positive and significant relationship between government spending and economic growth have been established, there are much significant negative or no relationship between an increase in government expenditure and economic growth, following these mixed findings, the research question below are being raised.
Research Questions

Read Too:  The Impact of Bank Distress on the Nigerian Banking Habit

Statement of Research Hypotheses
In order to adequately evaluate the impact of government expenditure on the economic growth of Nigeria, the null hypotheses are used as follow:

Ho:   Government capital expenditure does not improve the economic growth of Nigeria.

Ho:   There is no significant relationship between government recurrent revenue and economic growth of Nigeria.

Scope of the study
This study principally examines the impact of government expenditure on the economic growth of Nigeria. The impact of government capital expenditure, recurrent expenditure, recurrent revenue and other macro economic variables are critically examined under the study for the period 1990-2011 with a view to maiming inference.
Significance  of the study
The relevance of this study cannot be over emphasized going by the present day government expenditure and the regardless of the Nigeria economic growth the Nigeria government will find outcome of the study useful in terms of knowing how best to structure yearly budgets so as to benefit the citizen and enhance the economy, policy makers no doubt will find this study very important to them. Economists and outcome of the study useful in terms of further researchers.
Limitations of the study
There is no study undertaken by a researcher that is perfect. The imperfection of any research is always due to some factors negatively affecting a researcher in the course of carrying out research. Thus, in this study the limitation include non-reliability of data, and the problem of the outcome of the study.