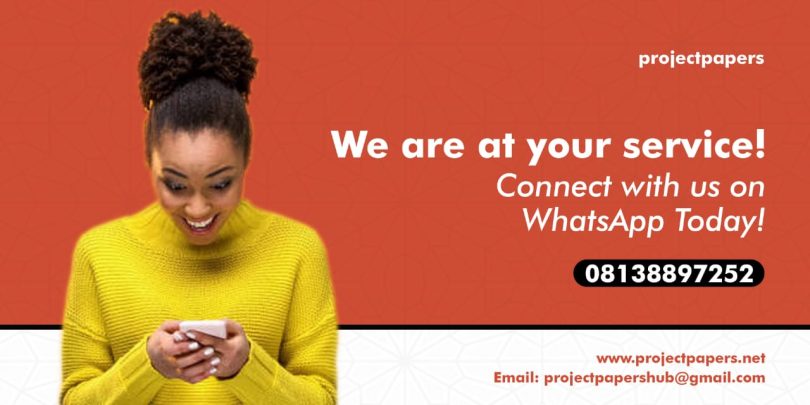 Science may be viewed as a way of questioning or verifying the truthfulness of knowledge. It also can be said to be the knowledge which is obtained through careful and systematic observation and testing of facts. In fact, technology is the secret behind the development of many countries and nations. It is what is produced through science that is applied in technology for the comfort of man. Therefore, the elementary idea(s) of scientific and technological knowledge’s are introduced early to enable students to develop interest in their areas of talents and to choose a life career.

The study of Chemistry is an in-depth, insightful look at how we are leveraging our strengths to continue growing into the future. It’s a combine study of major areas of the science for the improvement and upliftment of mankind and the benefit of the worlds around us as we know it today. Chemistry as a course has a revolutionary science curriculum developed many years back, intended for students considering a career in science.

Chemistry, a branch of physical science, is the study of the composition, properties and behavior of matter. Chemistry is concerned with atoms and their interactions with other atoms, and particularly with the properties of chemical bonds. Chemistry is also concerned with the interactions between atoms (or groups of atoms) and various forms of energy (e.g. photochemical reactions, changes in phases of matter, separation of mixtures, properties of polymers, etc.).

Chemistry is sometimes called “the central science” because it bridges other natural sciences like physics, geology and biology with each other. Chemistry is a branch of physical science but distinct from physics.

The etymology of the word chemistry has been much disputed. The genesis of chemistry can be traced to certain practices, known as alchemy, which had been practiced for several millennia in various parts of the world, particularly the Middle East.

It is for some people a mean of studying old but unresolved problems and issues in science education. It is also a convenient platform for drawing attention to some research findings relating to learning and teaching science. It is a timely device for gaining some say in the fate or destiny of science education in a field that has traditionally been firmly held by scientist.

According to Theodore L. Brown, (1999) Chemistry is about finding out things, doing experiments and learning what others have found out before us. It is a subject that offers students the chance to look at science in a new way lot following the traditional divisions into Biology, chemistry and physic. Teaching Chemistry gives students and teachers an opportunity to look at the ways in which science is important to our societies and to their development. Chemistry can be more relevant to developmental issues, and should be topical as well as useful, rather than dry and academic, thus the need for various learning strategies including Co-operative and Inquiry based methods as being treated in this context using a case study of selected Secondary schools in Nigeria.

Strategies and ways to improve the study of chemistry in Nigeria cannot be effectively discussed without delving into the issues of the educational system the 6-3-3-4 system, which of course gave birth to the inclusion of introductory technology in the secondary school curriculum. Nigeria inherited the 6-3-3-4 system of education which was patterned with the lopsided emphasis on the famous 3-R’s-reading, writing and arithmetic’s form our erstwhile colonial masters. The system was designed by the British primarily to produce the type of manpower the colonial masters needed to administer the country. The emphasis of the system was on literary education while technology, agriculture and other practical subject particular sub-professional level were not reckoned with.

Read Too:  Proposal on Knowledge and Acceptability of Cervical Cancer Screening Among Female Students of Federal Polytechnic Ado

This system was found to be inadequate as it becomes increasingly obvious that the system had tended to ignore the contemporary world’s meaningful responses to science and technology. In effect the 6-5-2-3 system did not provide for the all-round educational development of the Nigerian child. It increased our unemployment problems as school were producing white-collar job seekers rather than helping to producer job creators. The western educational system in Nigerians of individuals and the nation. Most Nigerian student could not derive any benefit from the system as it failed to provide for vocational and technological independence. All these lapses in the system prompted that would not only place emphasis on the acquisition of practical skills and basic scientific knowledge but would be broad and child centered.

In 1969, a conference was held to draw up a new national curriculum to  replace the 6-5-2-3 educational  system Another seminar under the chairmanship of chief simeon Adebo  was held in 1973 to deliberate on all aspects of a national policy on education. The subsequent issuance of government white paper on the report of the seminar gave birth to a new system of education the 6-3-3-4- system which was first published in 1977 and revised in 1981.

The 6-3-3-4 system of education became a veritable launching pad that propelled Nigeria towards progress. It made Nigerian education system more responsive to the new world order, an order that sets high premium on technological excellence.

Nnadi (1988) collaborates this view when he states, “The new system would ensure that the basic foundation is laid easily for the acquisition and utilization of knowledge and skills on which the technological program of the country would continue to depend”. The new system reinforces the veracity of the educational principles of 3H’s which places emphasis on the training of the head, the heart and the hand. Hence, all children are to be   equipped to develop their talent, aptitudes and capabilities with teaching/learning strategies through the three domains- cognitive, affective and psychomotor.

The greatest asset of the 6-3-3-4 system of education is the introduction of pre-vocational subjects in the junior secondary schools. Introductory technology, which is the core of the new system of education, involves the academic and practical study of material and sources of energy with the ultimate intention of applying knowledge from the study to provide a comfortable environment for man. It also arouses the interest of students towards vocational subjects and enables them to fix themselves properly in the society. Even though the design was good, there are some failures and benefits which arises from the subject matter.

For a teacher who is trying to teach through cooperative learning, from the teacher’s resources or lesson plans, he or she might face problems of discipline or noisy lessons as after all it’s just a class full of students. Hence, there are some cooperative learning strategies, which can be followed for effective teaching.

The first strategy is to make sure that the task one is given is not only increasing the study skills of the student but is also interesting and open enough for the group of students. The main reason for such activity is that the students must utilize the skills the teacher has taught them.